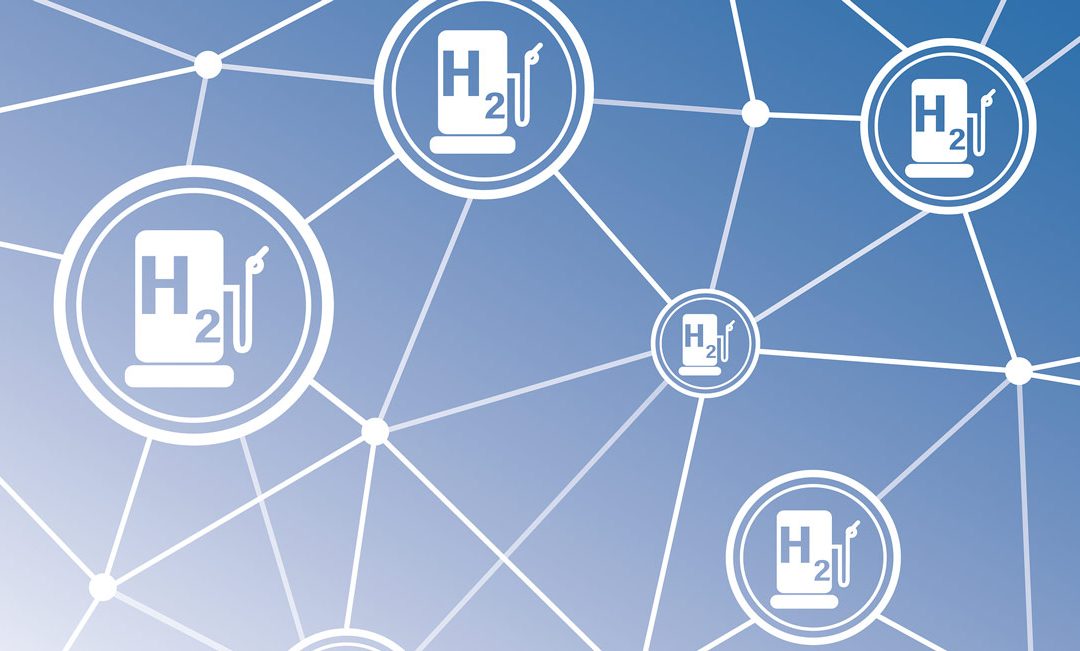 On September 28, 2021, the second installment of the series “Hydrogen digital” took place, in which experts and practitioners reported on their experiences within the Interreg project “Hydrogen Transport Economy” (HyTrEc2) in the North Sea Region (NSR). The virtual event was presented by atene KOM, Cenex and the Arctic University of Norway.

Hydrogen will be one of the most important energy sources of the future and hydrogen-powered vehicles are fundamental to achieving the EU’s energy and climate protection goals. In Europe, over 90% of all traffic is still petroleum-based. Converting larger vehicles to using hydrogen therefore offers very good opportunities for reducing carbon emissions in both transport and logistics.

Hydrogen will be one of the most important energy sources of the future and hydrogen-powered vehicles are fundamental to achieving the EU’s energy and climate protection goals. In Europe, over 90% of all traffic is still petroleum-based. Converting larger vehicles to using hydrogen therefore offers very good opportunities for reducing carbon emissions in both transport and logistics.

The main focus in the development of hydrogen as an alternative energy source has so far been on technological and economic factors in order to ensure that hydrogen can be viewed as both a technological and a cost-effective energy alternative. However, it is just as crucial for the successful introduction of hydrogen to train specialists in this area and to build up skills in order to drive success, analyse knowledge gaps and identify growth opportunities. Safe handling of hydrogen will at the same time enable positive public acceptance.

In addition to imparting knowledge, the HyTrEc2 project examined the laws and standards relating to hydrogen in the entire North Sea region in order to identify obstacles and options for a nationwide introduction. It was found, among other things, that regional or local authorities and other stakeholders pay greater attention to the generation, use and storage of hydrogen, the greater the amount of hydrogen that is potentially involved. Finally, supporting the development of a hydrogen economy in the North Sea region requires strengthening the hydrogen supply chain.

The webinar started right here and showed the current and future possibilities in three lectures. In her contribution “Hydrogen Competence and Competence Development in the Workplace”, Madeline Langlois from atene KOM GmbH set out the necessity of skills development, Nick McCarthy (Cenex UK) presented important aspects of legislation and standards in the North Sea region and Mohamad Mustafa (The Arctic University of Norway) gave an insight into the hydrogen supply chain in the North Sea region. The event was moderated by Chris Ashe from atene KOM GmbH.

The participants included representatives from municipalities, research institutions, universities and companies that have a particular interest in hydrogen as an energy carrier.

Future events of the HyTrEc2 webinar series are planned every four months until the end of 2022 and will shed light on the results of the HyTrEc2 project in order to contribute to a comprehensive understanding of the current situation around hydrogen and the future of the hydrogen economy in the North Sea region.

The main objective of the HyTrEc2 project is to create positive conditions for the development of a market for fuel cell electric vehicles (FCEV) in the North Sea area, so that the NSR can evolve to become a centre of excellence for fuel cells and range extenders. To this end, the project brings together eight organisations with a wide range of experience to work together on strategy development and local initiatives in the NSR. The results are intended to promote the use of FCEV in the NSR and reduce the cost of hydrogen vehicles.