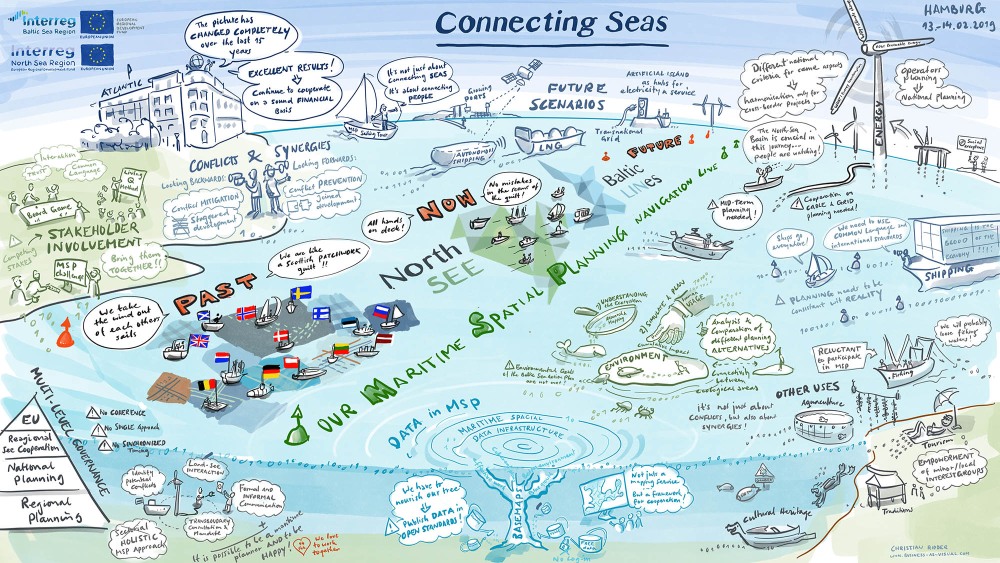 The final conference “Connecting Seas” of the two Interreg projects “NorthSEE” and “Baltic LINes” took place in Hamburg from 13 to 14 February 2019. It was organised by atene KOM. More than 200 participants from 14 different countries of the North Sea and Baltic Sea region took part in the conference. The target group of the event were representatives from governments, the shipping, energy and environmental sectors, but also transnational organisations and initiatives, NGOs and research institutions. The Federal Maritime and Hydrographic Agency (BSH) was the lead partner of the two Interreg projects funded by the European Union and hosted this conference.

During a guided tour, participants had the opportunity to visit the 13 information stands of different countries of the North Sea and Baltic Sea region and to inform themselves about the respective country-specific maritime spatial planning. Additional panel discussions, lectures, an evening event at the International Maritime Museum and many opportunities for networking and exchange made the “Connecting Seas” conference an informative and interactive event for international actors from the North Sea and Baltic Sea regions. 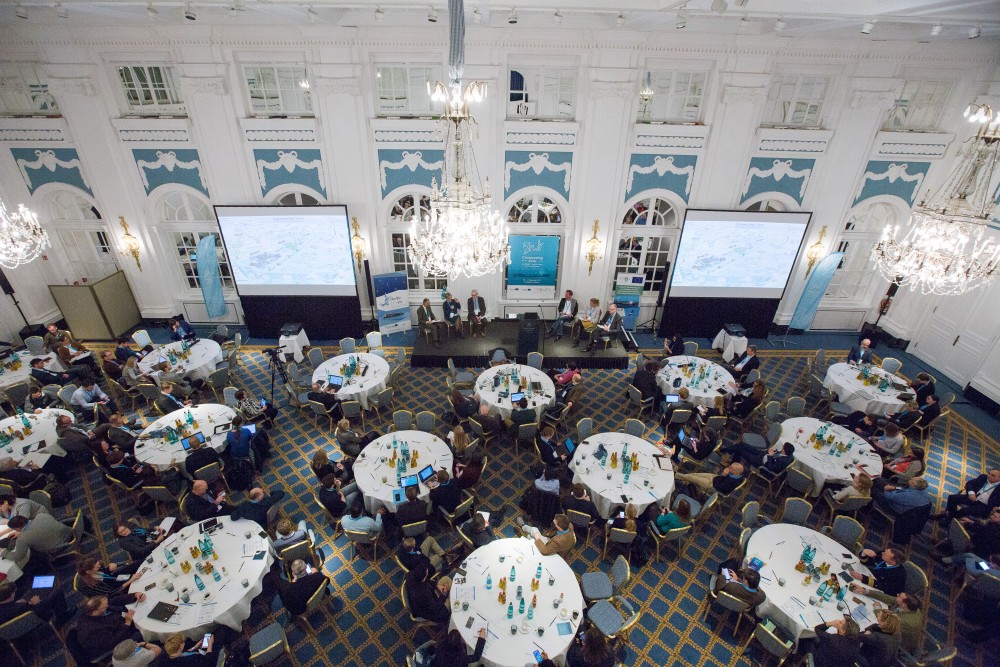